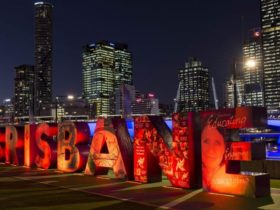 It all started with a movie. Adam Duritz and his friend David Bryson were watching the Mary Louise-Parker starrer Signs of Life, and one scene struck them. It had the traditional British divination rhyme, “One for Sorrow,” which likened life to the counting of magpies. Counting Crows was born not long after.

Twenty million records later, Counting Crows remains one of the most solid rock bands ever. They haven’t broken up, something which cannot be said for many of their 90s contemporaries. Now isn’t that the kind of longevity you would want to rub off on your marriage? Count their wedding songs in your nuptials.

Counting Crows broke out of the ‘90s band’ mould by hitting it big in 2004 with “Accidentally in Love,” the Academy Award-nominated song they wrote for Shrek 2. Wherever you hear this song, you can’t resist its bubbly contagion. It’s a constant in wedding music setlists because it simply works, whether you want it for the processional, first dance, bouquet toss, or cake-cutting. It’s celebratory, it’s effervescent—it’s love.

Casual fans of the band would recognise this song due to its prominent placement in the movie Cruel Intentions. “Colorblind” plays in a particularly romantic scene, in which the playboy Sebastian (played by Ryan Phillippe) finally deflowers the hard-to-get Annette (Reese Witherspoon). The fact that Ryan and Reese were dating during the filming only adds verisimilitude to this song. It’s as if “Colorblind” was tailor-made for this film. The part when Adam sings, “I am ready, I am ready, I am ready,” is the perfect accompaniment to the wedding entrance or first dance, when the couple, on cue, falls into each other’s loving arms.

Adam was inspired to pen this song after dating someone he met while backpacking through Europe. He was so beguiled by this woman that he could fall in love with her “sneeze” alone. If you’re a frequently travelling couple, this song may speak to you.

For obvious reasons, this should be playing if by any chance you are holding your wedding in España. The song is about getting away from it all, with your one and only in tow, of course.

Here a husband-like Adam tells a “Mary-Anne” to be herself and not to take people’s criticism so seriously. Mary-Anne is a Dorothy-like figure, who clicks her heels only to go the opposite of forward.

August and Everything After is already a must-own album in its original 1993 iteration, but the 2007 deluxe edition came as a treat to fans. This edition contains some of the band’s earliest demos, including this song, ostensibly Adam’s encomium to a girl named Mary Jane, who may or may not be marijuana personified.

This is another demo that found official release with August’s deluxe edition. In it, Adam sings of making moves on a girl named Eliza. What are the odds of the bride’s name being Eliza while this is playing?

Love is pure, love is patient, and here Adam sings like a man who would put up with a woman he loves, no matter how temperamental she may be.

We’ve all had crushes in the playground, and here is a song that delves into the possibility of reconnecting with them.

“Einstein on the Beach (For an Egg Man)”

This is too bouncy and featherweight a song not to consider for your summer wedding. In fact it was too upbeat for its own good, getting cut from the otherwise moody and melancholic August… It was eventually put on the album DGC Rarities and the band’s greatest hits compilation.

Title track of their fourth studio opus Hard Candy, “Hard Candy” talks about being hit hard by a memory of a girl.

It may be a poor man’s version of the Joni Mitchell classic but it’s indubitably catchy. Vanessa Carlton came as a last-minute addition to this song, a hidden track at the end of Hard Candy. The “bop-bop-bop”-ing single shot to the top ten of many charts around the world, including the elusive US and the UK.

Clocking in at 8 minutes, the album version of this love song had been destined for the cutting room floor before it was sent to radio. Counting Crows insisted on releasing as it was. Fans didn’t mind, and so will you if it’s played during dinner.

“St. Robinson in his Cadillac Dream”

A Cadillac is not a dream—until you invite a girl to hop in and enjoy the ride, as Adam said at the end of this song. It’s not about the destination but the journey.

This song had the honour of having Sheryl Crow on background vocals. Poppy and fizzy, it’s a sonic departure from the band’s previous lead singles, which tended to be wrought by self-doubt and sadness. In fact, the song was so poppy and fizzy it was featured in a Coke ad.

“Monkey” in this song is no other than Courteney Cox, Adam’s then-paramour. It’s kind of weird to call someone monkey, but other wedded couples have weirder terms of endearment, if you think about it. Courteney later appeared in the video for the melancholic “Long December.”

Apropos of an unremittingly popular song, theories have floated as to what it’s all about. One common speculation was that “Mr. Jones” represented the vocalist’s penis. Adam cleared that up years later, revealing that Mr. Jones is none other than bandmate Marty Jones. Counting Crows’ line-up has changed over the years, with Adam as the lynchpin, but there can only be one Mr. Jones, Marty being Adam’s childhood friend.

“Mr. Jones” is technically not a love song. It’s basically Adam wanting to be as famous as the musician in the song, if only so he and Marty could romance multiple women at one time. However, it’s a party song through and through, one that should be played when the dancefloor is at its most packed. 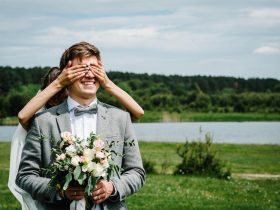 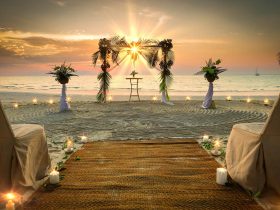 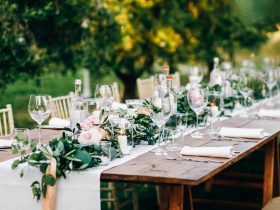