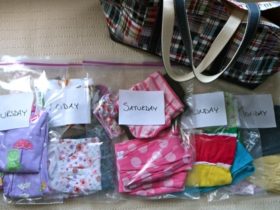 There is something undeniably captivating about knitting that people are simply drawn towards it. Indeed, hours slip by, and we don’t realize as we play with the needles and watch the yarn transform into something magnificent. But have you ever endeavored to learn more about this intriguing activity? Are you aware of some fascinating knitting facts that will make it even more interesting for you?

All About Knitting Facts

While crocheting and knitting are highly popular activities, not much is known about their history or background. Let’s change that and divulge deeper into the knitting history and learn some interesting facts about crocheting.

Not many know that knitting is literally derived from the word knot. Yes, it is knotting that gave rise to an art that was to change to the face of fashion and trade. Life would never be the same again.

Perhaps one of the most interesting knitting facts is that no one really knows how old it really is. Sounds incredible, doesn’t it? It is widely believed that knitting is older compared to crocheting but younger than weaving, but not much is known about the exact time of origin in the history of knitting.

When people tried to find more interesting facts about knitting, it was revealed that the ancient textile fragments that were initially thought to be knitting machines were actually nålebinding. Nålebinding refers to an ancient form of needlecraft that is also called single-needle knitting at times.

There’s a reason that much isn’t known about the history of knitting. One of the yarn fun facts is responsible for this. Fabrics typically used for knitting, including silk, wool, and similar other fibers, decay rapidly. If that wasn’t enough, distinguishing knitting needles from other sharpened sticks like spindles and hair picks is challenging. So uncovering knitting facts about its history is indeed a tricky road.

Is Knitting A Recent Invention?

Many historians have proposed that knitting is, in fact, a recent invention. After all, there is no evidence of ancient legends being pro at knitting, weaving, or spinning. Since we don’t know of any ancient gods and goddesses who knit, it’s quite likely that the activity is a relatively new one.

As we go back to find fun facts about knitting, it’s revealed that the earliest known types of knitting were by nomadic people. These people from the desert places of North Africa used oval wooden frames for the purpose, and their knitting action was quite similar to bobbin work. Of course, historians can’t really confirm when these frames were replaced by hooked knitting needles and the reason behind the change.

The earliest known knitting examples were a pair of cotton socks discovered in Egypt in the first millennium. These were formed by pulling loops through loops on two sticks.

Moving on from history, want to know some really cool knitting facts? For centuries, knitting was, in fact, considered to be an occupation meant mainly for males. Indeed, no women were allowed in the first knitting union established in 1527 in Paris. Sounds amazing, doesn’t it? Especially since how far we have come in that area wherein now knitting is mainly associated with females.

So what’s the history of knitting machines? When did we evolve from using only needles to relying on machines to spin yarn? Indeed, when the knitting machine was invented in 1589, hand knitting quickly became nonessential. That’s the reason it’s now viewed as a leisurely activity instead of a necessity.

William Lee is the man behind the invention of the knitting machine. He was a clergyman, and it was primarily due to his invention that knitting became an indispensable part of guild-organized cottage industries. However, it wasn’t before 1864 that the full-fashioned knitting machine was invented by William Cotton of Leicestershire, England.

So what did the ancient people use for knitting before the invention of the latest needles and machines? Initially, knitting needles were made from tortoiseshell, ivory, and even bone.

Here are some remarkable knitting facts related to speed. The fastest knitter in the world is Miriam Tegels. She hails from the Netherlands and merely takes a minute to stitch 118 stitches. Yes, you read that right. This isn’t all. Linda Benne is the speed-knitting champ for the past ten years as she can knit as many as 253 stitches in only three minutes. Sounds incredulous, doesn’t it?

David Babcock made his entry to the Guinness world record by finishing the Kansas City marathon in 5 hours, 48 minutes, and 27 seconds. How is it a part of knitting facts? He ran this marathon while knitting a scarf 12 feet, 1 3/4 inches long.

Want to know some cool facts about knitting? Queen Victoria was a prolific knitter until her demise. Indeed, it was primarily during her reign that knitting and other types of handworks developed the most.

Even today, when knitting is mostly a leisurely activity, we have many famous knitters who love to indulge in it. These include the likes of Julia Roberts, Julianna Margulies, Sarah Jessica Parker, Cameron Diaz, and so many more.

Another interesting knitting fact that most don’t know is that the record for most people knitting at the same time was made in 2021 in Royal Albert Hall in London. During this, 3083 people indulged in knitting simultaneously for up to 15 minutes.

Let’s now shed some light on interesting facts about knitting related to its therapeutic effects. You can burn as many as 55 calories in half an hour by knitting. Yes, knitting isn’t just good for your mind but your health too.

Knitting works as a natural antidepressant. Indeed, it can help people deal with depression, anxiety, and chronic pain. If that wasn’t enough, it even protects the brain from aging signs. It soothes your spirits and helps you relax.

So now you realize that when you thought you knew all about knitting, how mistaken you were. Indeed, there’s so much more to it. We have just given you a few glimpses of the fun facts of knitting. There’s so much to know, and Fillory Yarn is one place that can enable you to really grasp the essence of knitting. Their materials and knitting essentials really take you back to the day when knitting was such a huge deal. If you are interested in knitting, Fillory Yarn is one place you must check out.

I'm a passionate writer at Fillory Yarn, love to write about the guides in the knitting & fashion industry. Always try to learn and explore the new trends in this industry. 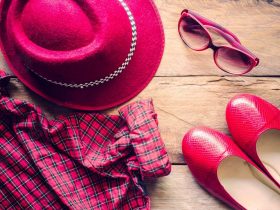 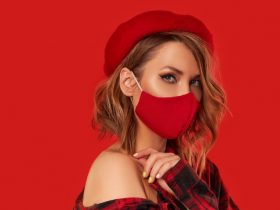 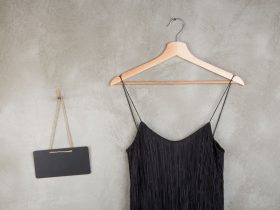 Fashion Finance: Which Items Of Clothing Should You Invest In? 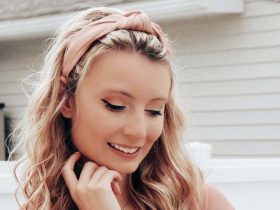 Tips for Styling Headbands from Day to Night