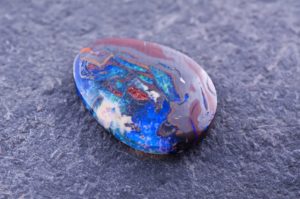 A very interesting geological structure which occurs in sedimentary and volcanic rocks these are well-known to all who love to collect rocks. You don’t have to be a geologist to appreciate the inherent beauty of the spherical shapes and different minerals found within. These may be a wide number of types such as agate, jasper and perhaps the most beautiful of all types – purple amethyst. One of the most impressive geodes in the world, possibly the most impressive is the Cueva de los Cristales in Mexico which is essentially one giant geode which nowadays is isolated from the public because of the damage done to the inside. Geodes are used in jewelry and although they are not nearly as valuable or popular as cut precious stones such as diamonds, rubies and the like they can still carry a beauty of their own unlike any other. Rings, earrings, necklaces and other pieces of jewelry can be made out of a geode with relatively minimum effort. Here we will explain how jewelers make hand-made pieces with a very interesting effect done by utilizing a technique called electroforming.

Electroforming allows the creation of jewelry which looks like it was dipped in molten metal. This can be very useful when making pendants or rings out of geodes. Here we will explain the technique used in creating these pendants which is also used by many jewelers for a lot more than just that.

The process of making a pendant from a geode begins by taking a cross-cut “slice” of a geode and attaching a jumper ring to it with either superglue or traditionally jewelers glue. The possibilities created can be very adaptive since there can be several rings thus applying the concept for a lot more than just pendants. Sometimes the piece gets lacquered since there is poor cohesion between organic and inorganic matter when it comes to electroforming.

Next comes an application of a special copper conductive paint which allows the buildup of the metal on the target location. The paint is also applied to the glued-on ring which makes it a uniform color when the piece is done. That is also followed by the attaching of a copper wire and wrapping it around the object touching it in several places over the painted parts. This allows a better current flow which in turn will help the buildup. The wires are left with a long handle so the piece can be fully submerged in the electroform bath.

The bath itself is poured in a glass container or a beaker which is non-conductive for perfect insulation during the procedure. Distilled water is poured within to act as the medium for closing the electric circuit. Gloves and goggles are used just in case for safety measure so this should not be done without proper protection. The anode is also made of copper and then placed inside the water coiled inside after which it is followed by pouring the copper electroforming solution. The solution itself is highly acidic hence the added protection is needed. The piece bearing the geode is then placed inside the water with an added support for stability, usually a wooden rod which passes overhead. A rectifier is then used which is a device which converts alternating current to direct current without which this process would not be possible.

This usually takes about half an hour before you’ll be able to see results. The process displaces the copper from the anode to the cathode, which is now essentially the geode surface covered in conductive paint. In about three hours the outside of the geode will now be covered with a coating of bright, shiny copper which will make it a piece worth wearing around your neck. If you are curious about the results you should check on the web for pieces sold by various jewelers. 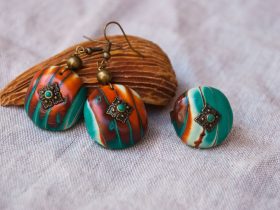 5 Reasons Why You Should Try On Unique Jewelry Designs 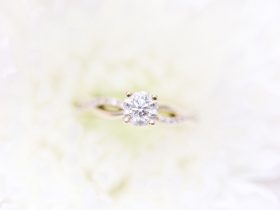 Is There A Best Time To Buy An Engagement Ring? 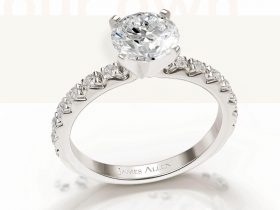 7 Reasons Why You Should Choose Engagement Rings from James Allen 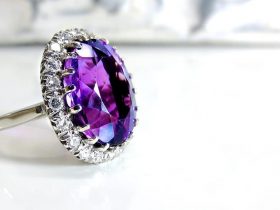