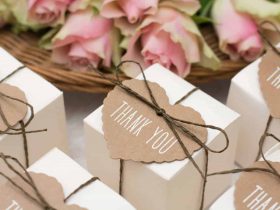 5 Personalized Wedding Favors To Delight Your Guests At Your Wedding 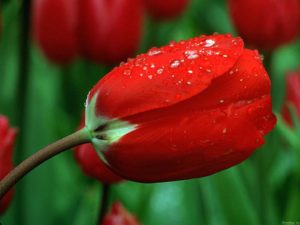 Granted, they say that it’s usually in the spring when love is in the air, but as everyone has figured it out by now it can really happen anytime. Romance has no season, courtship has no timer; love is a law unto itself. The affairs of the heart have been described eloquently by poets and writers; William Shakespeare waxed lyrical about it. It is one of the basic human emotions which can trace its lineage back into the mists of time.

Love has made and taken down empires, dynasties and sent civilizations into a tailspin. As most know all too well, it can make you feel like you’re walking on air; in the worst case, it can make you feel locked up forever in the deepest, darkest dungeon forever cast out to be lonely for all eternity when it all goes awry.

Love can be expressed in so many ways, but one of the best (for women at least) is with flowers. Roses are an excellent way for a chap to show his feelings (something that doesn’t come easily for the men apparently). While some women like the idea of just one or two, sometimes, nothing succeeds like excess. A dozen roses make a pretty big statement; two dozen roses make an impact!

The fascination with roses, both as a gift and as an ornamental plant, isn’t a recent novelty. Records indicate that they both appreciated and cultivated over 2,500 years ago in many of the Mediterranean countries such as Italy, Greece, France and Spain as well as Persia (now Iran).

Even far away (for the time at least) China had a thriving practice of cultivating roses. As a result of this rich history and pedigree, there is a wide variety of roses available today. Most people think of red roses, but white ones are also quite popular; modern breeding practices allow for many different colors, such as pink and peach to mention just two. After so many centuries, and so much attention and care lavished on this unique bloom, there are over 1,000 varieties to choose from.

The Flower That Keeps On Giving

Granted, we tend to think of roses in terms of flowers. It’s only natural. But if you stop to think about it, the fragrant aroma of roses is such that its petals are also used in the making perfume. You can bet that it smells great!!

Perfume makes sense…but nutritional supplement? And yet, roses are known to contain a lot of Vitamin C; parts of them are an essential ingredient in making this important supplement. But it doesn’t stop there. How about raised flavor marmalade and jelly? It’s pretty delicious stuff!!

There are so many occasions to give flowers as a nice present or a sign of great affection. Wholesale roses make for a great way to do this. You are can be confident that they will always be well received, no matter what the occasion. 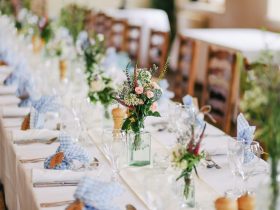 21 Best Personalized Wedding Gifts To Surprise Guests At Your Wedding

5 Personalized Wedding Favors To Delight Your Guests At Your Wedding 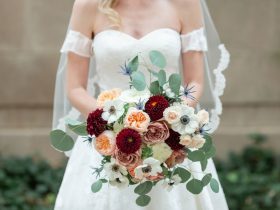 Nothing Says Thanks Better Than the Perfect Flower Bouquet 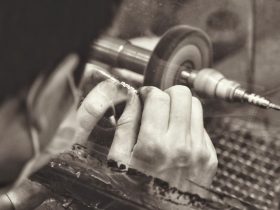 5 Reasons why Handcrafted Jewelry is a Great Christmas Gift