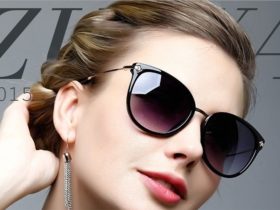 How to Find the Right Glasses for your Face

Sunglasses are worn to keep your eyes safe from the glaring sun. The types and colors of the lens can provide specific UV protection and adjust the number of lights in varying conditions.

Aside from the basic benefits for the eyes, sunglasses can also improve how you look, highlighting your facial features provided that you have a pair that perfectly fits your face.

There are tons of options out there, from square and rectangular ones, to mirrored and polarized, to oversized and small sizes. There are also various brands to consider. But the vast number of choices can make it difficult to decide which one to choose that would really look great for your personal style.

To make it a little easier for you, here is a roundup of the three iconic sunglasses styles that every man should own.

Originally manufactured by Ray-Ban in 1956, the Wayfarer sunglasses have remained in the fashion space until today. Originally intended for men who are angular and quite large, Wayfarer glasses have become one of the most recognizable sunnies in the market today even among women. Rich or famous, students or businessmen, artists, and celebrities, are all wearing Wayfarers.

This timeless sunglasses style looks great on all shapes of face, but it can look better on oval and round faces. It is also ideal for faces with large jaws as Wayfarers can balance out the face.

It has also become a popular nerd glasses type, which gives you a smart and fashionable look at the same because of its subtle curves.

If you want a flattering look and make a statement, try the Wayfarer sunglasses that don’t have a tint. They always look cool. Plus, a pair of Wayfarers is comfortable to wear.

Celebrities who rock the Wayfarer glasses include Buddy Holly, Bob Dylan and James Dean in the 1950s and 1960s, and Madonna and Michael Jackson in the 1980s.

Battling with the Wayfarer as the most iconic sunglasses in the world is the Aviator sunglasses. The Aviator was first developed in the 1930s by Bausch & Lomb for military pilots flying combat planes to protect their eyes from the intensity of the sun at high altitudes. That’s also how it got its name.

From pilots, the Aviator glasses were soon adopted by sportsmen to wear while hunting and fishing because its teardrop shape keeps their eyes shaded no matter what direction they look. It continued to develop over the years, as popular personalities like Tom Cruise and Paul McCartney were seen rocking the sunglasses.

Its lens area is two to three times larger than the eye socket, its large convex lenses cover the entire range of the eyes and its teardrop shape curves along the cheekbone. It has thin metal frames with a double or triple bridge, a bayonet earpiece-style temples that hook behind the ears, and adjustable nose pads.

It looks good on most face shapes, but are ideals for oval, square and heart-shaped faces. Until today, the Aviator has become staple eyewear among men, giving a character to anyone who wears it.

The Clubmaster sunglasses, also known as browline sunglasses, were first invented in 1947 by optical company Shuron. As the name suggests, this sunglasses style accentuates the browline with its bold upper rims and round lenses.

The Clubmaster is worn exclusively with clear prescription lenses until the 1980s when its popularity rose after Bruce Willis wore a pair on the show “Moonlighting.” Many optical companies have then adopted the style and produced their own browline sunglasses.

It received a backlash in the 1990s as the browline style was seen as too bookish, too nerdy, too conservative and right-leaning. It was associated with angry, white men. The 2000s saw a renewed fondness for classic retro styles, and the popularity of both prescription and sunglasses styles surged again.

Browline sunglasses give you a retro look effortlessly. Wearing it can transform your laid back casual summer outfit and would not make you feel out of place. Browline sunglasses command attention and are better for a formal suited look and posh outfit for a classy and classic vibe.

The Wayfarer, Aviator and Clubmaster sunglasses have come a long way and remain go-to eyewear for men who love classic and class. Wearing a pair would surely add the final touch to make your look perfect.

You can find some of the best collections from Ireland’s up and coming fashion brands of Sunglasses of Ireland! 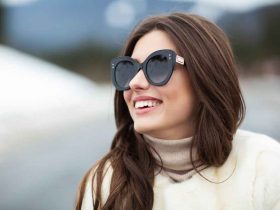 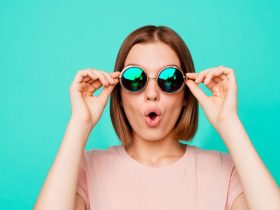 Glass, or Plastic Lenses? Choosing Eyewear for Your Style! 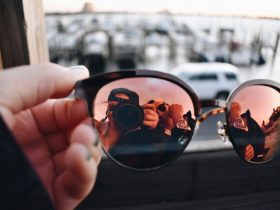 A Guide To Removing Scratches From Sunglasses 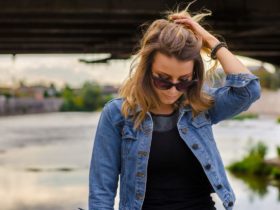 Here’s Why You Shouldn’t Step out without Wearing Sunglasses