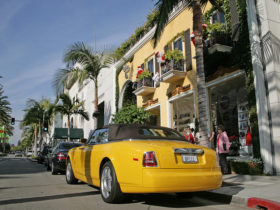 The Ultimate Shopping Streets to Visit in USA

Did you know that there are items that women pay more for than men? It’s called the pink tax, and here’s how you can avoid it!

Are you familiar with the pink tax? If not, you should be.

There is a maddening amount of products that are marketed at to women at higher prices. Although the comparable men’s products are almost carbon copies of the women’s product, women are expected to pay significantly more for their goods.

Things like feminine care products are overpriced and many argue that they shouldn’t cost anything at all, but these necessities are still upcharged. We’ll cover some of the items that the pink tax applies to in this article.

While the pink tax may seem like a fluke or side-effect of materials used, it’s actually just an institutional thing. Products marketed to females are priced higher and we’ve grown to expect and accept that.

But who’s benefiting and what gives them the right to take roughly 1,300 dollars a year from women that men don’t have to pay? The first step to breaking up this sexist practice is becoming aware and refusing to participate in the game.

Many pink tax products are exactly the same as the product that companies market to males. Let’s take a look at those products.

While many women’s razors are roughly one-third times more expensive than male counterparts, those razors typically have the exact same components. One is pink and one is blue.

That is the essential difference. Some razors do have components that make shaving more comfortable on the legs, raising the price a little bit. That being said, if you are going to buy a plain-old razor, go to the men’s aisle. If you’re looking for well-priced razors, this website has got you covered.

Shaving cream applies here as well. Many people just assume that women’s shaving creams are fancier and require special ingredients. Whoever said that? The primary difference is scent, which has an unmentionable, if not non-existent cost difference.

A New York study found that women’s hair products came in at almost 50 percent more expensive than men’s. The extra cost lies mostly in the packaging as well.

The appearance of a superior product comes mainly from the use of specific buzzwords like “volume” or “natural,” while the ingredients tell a different story. There is variation among different brands, sure, but the difference between men and women’s products within brands lies mostly in fragrance.

The idea that a product is superior because it’s more expensive is slowly getting broken down and becoming obsolete.

The argument can be made that some women’s clothing is more delicate, finely made, and intricate than general “men’s” clothing. Sure, women tend to wear clothing that branches out of the ordinary, but how does that account for the price difference in basic items?

Things like t-shirts and socks made of the same materials boast higher prices than men’s goods. Even the way we clean our clothes is affected by the pink tax.

Women’s clothing, while sometimes needing additional care, is charged at much higher rates. One woman claimed to have been charged $7.50 to dry clean a shirt while the man next to her only paid $2.85.

A lot of our necessary products are tax-exempt because they are, duh, necessary. Some people (and laws) think that tampons are a luxury item. Women are estimated to need tampons for one week each month for roughly 30 years.

That’s half of the population in need of this product. The tax on tampons is unavoidably an attempt to make money off of women and not an honest look at the use and function of an essential product.

Tampons aren’t the only things in question, either. Many countries tax sanitary napkins, pads, menstrual cups, and most other feminine products that you can imagine.

The pink tax has its grips on young girls as well. Toys that are marketed toward girls, especially if they’re pink, cost a little over ten percent more than their male-marketed counterparts.

This, of course, is incredibly silly. In many cases, the color is the primary difference between boys and girls products, making it blatantly obvious that there’s a flaw in the system. One way to combat the pink tax is to start buying gender neutral products for your children.

You could also just consider buying the boy’s products. In either case, these things are going to be very similar. It could be difficult to get around this in the case of very specific items like dolls of TV characters, but there’s usually a way to avoid this tax when it comes to early childhood items.

The items above are just a few of the products and services that cost more for females. The difference is clear in nearly every industry of modern culture. Fortunately, awareness is spreading and things could be turning for the better.

That being said, here are a couple of the things that you should keep an eye out for.

Women are often upsold or lied to about the cost of their vehicle repairs. People with no clue about cars are going to be taken advantage of whether they are a male or a female, but it’s been noted that women are lied to at car dealerships and mechanics more often than males.

Most people have no idea about cars and what they cost to manage, so it’s wise to go into those situations with a ballpark of the cost. Do a little research before you hit the mechanic and make sure you’re not being taken advantage of.

Swing by a Walmart or convenience store that sells ear plugs. It’s likely that the pink ones will be priced around 50 cents higher than the neutral colored ones.

There’s no difference of material, size, or function. The only differences are the color and the fact that the box says “women’s.”

The only way to combat the issue of the pink tax is to stay aware and act when you can. Don’t buy products that are disproportionately expensive for women, and make sure you tell your friends.

If you’re interested in more ideas for women, our site has got you covered. 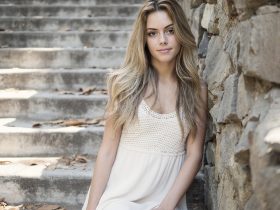 7 Ways To Keep Your Body Hydrated This Winter 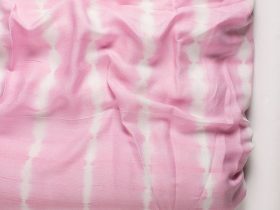 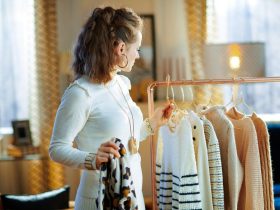 Top Trends in 2022 With Alpaca Product 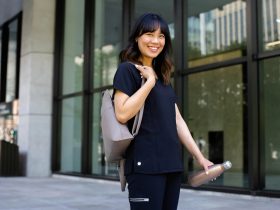 The Best Scrubs For Petite People