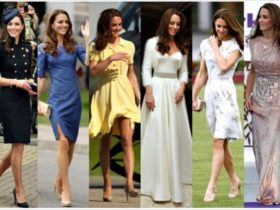 In 1981, actress Jane Birkin was seated on a ‘plane from Paris to London next to Jean-Louis Dumas, chief executive of luxury goods brand Hermes. During that short flight, handbag history was made. 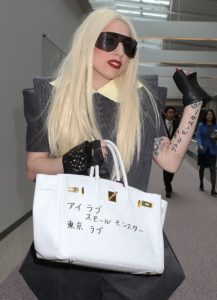 During the course of polite conversation, Birkin happened to mention that she was struggling to find the ideal weekend bag, turning on a light bulb in Dumas’s brain. Back in the office and taking inspiration from an 1892 design, Dumas came up with a supple leather creation in classic black, aimed at and named for his inspiration. The Birkin bag was born. While the actress herself was known to use the iconic accessory, the bag took on a personality of its own, its fame almost eclipsing that of its namesake. There is now a whole range of Birkins, varying in material, size, colour and custom design options.

These days the Birkin is more than just a bag, it represents a way of life and has spawned the culture of the ‘It bag’. Its astonishing price tag and six year waiting list have granted an exclusivity and legendary status that have led to countless imitators. Nonetheless, a real Birkin remains the holy grail of leather handbags for any self-respecting fashionista. 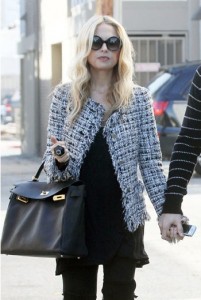 The Birkin may be the most famous celebrity named bag but it was by no means the first. In fact, the concept of the famous handbag really began in 1956, when Grace Kelly, Hollywood darling and Princess of Monaco, used a fairly plain, classic Hermes bag to conceal her burgeoning pregnancy bump from paparazzi lenses. The style icon owned a number of these leather handbags in varying colours but this picture hit the cover of Life magazine and became famous around the world, leading to sky-high demand for the Hermes product. Such was the princess’s influence in the fashion world that this rather formal handbag became known as the Kelly bag, with the Monaco princess remaining loyal to the style until her death in 1982. The bag is still in demand today. 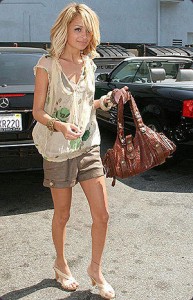 While the concept of the celebrity bag may have reached its peak with Hermes, the trend caught on, with Lancel and Gucci having named bags after Brigitte Bardot, designed around the actress and sex symbol’s lush curves.

Modern trends tend to run a shorter life cycle than in yesteryear, so these days designers regularly name a bag after whichever celebrity represents the zeitgeist in any particular season. Mulberry have had the ‘Alexa’, a satchel style bag named after low-key model and TV presenter Alexa Chung and, more recently have named a bag after pop singer of the moment, Lana del Rey. Models are a current favourite, with Luella naming handbags after Gisele Bundchen and Missy Rayder and Marc Jacobs naming the Stam for his Canadian model muse, Jessica Stam.

The cult of the ‘It bag’ may have moved on, with new fashionistas aiming for a more individual look, but a number of these classic accessories will always be in style.

Jennifer writes regularly on shoes and other accessories for a range of fashion websites and blogs. She has a huge collection of leather handbags, including most of the classics mentioned.