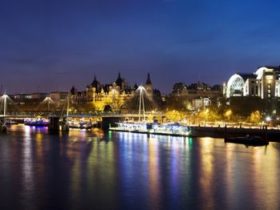 The recent fashion promo had the most glamourous fashion items, and all the big names were there to show what they have been holding out for the year. The designers showed their upcoming summer and spring products that are yet to come and the existing fashion items. Many of the A-listers were lining the seats at their runway. They showed various fashion statement items of their own. These were the fashion promos by celebrities that people go crazy for.

This year’s celebrities showed many trends that give us a foresight of what’s to come and many of the outfits that already exist. We saw previews of the winter clothes as well as the fall trends. Ashley Graham, Kendall Jenner, and Chanel Iman wore black ensembles. Their outfit also featured a pop of neon chartreuse while other celebrities had a fruitier look to bring.

Without further ado. Here are some of the recent fashion promos by celebrities. 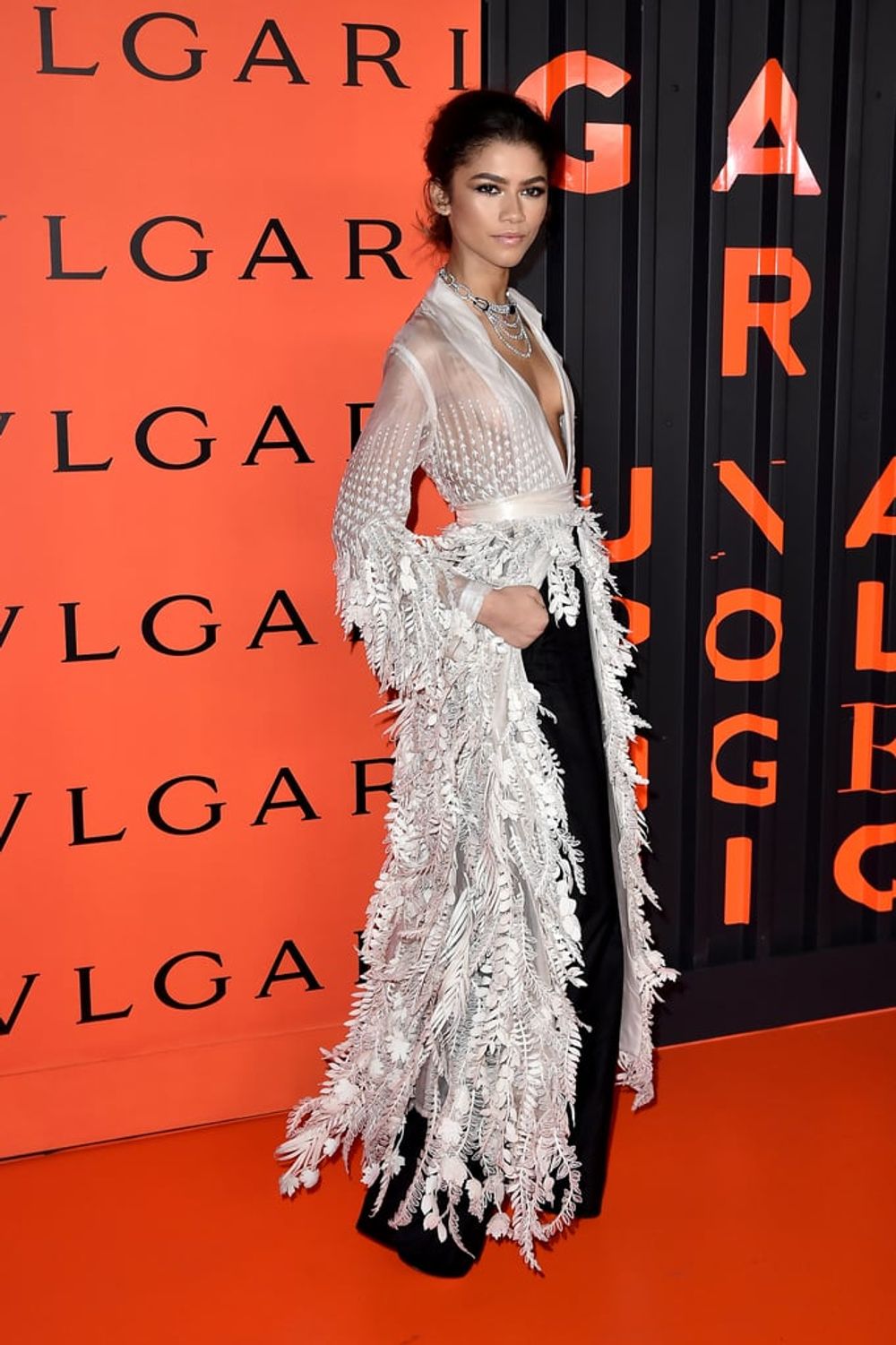 She wore a Sheer, long-sleeved shirtless that had ornate floral details. She was attending the Rock collection party of Bulgari B.zero and wore a flowy top that went as low as the floor. She paired them with a statement piece, a Bulgari necklace, black wide-legged pants, and an elegant updo. 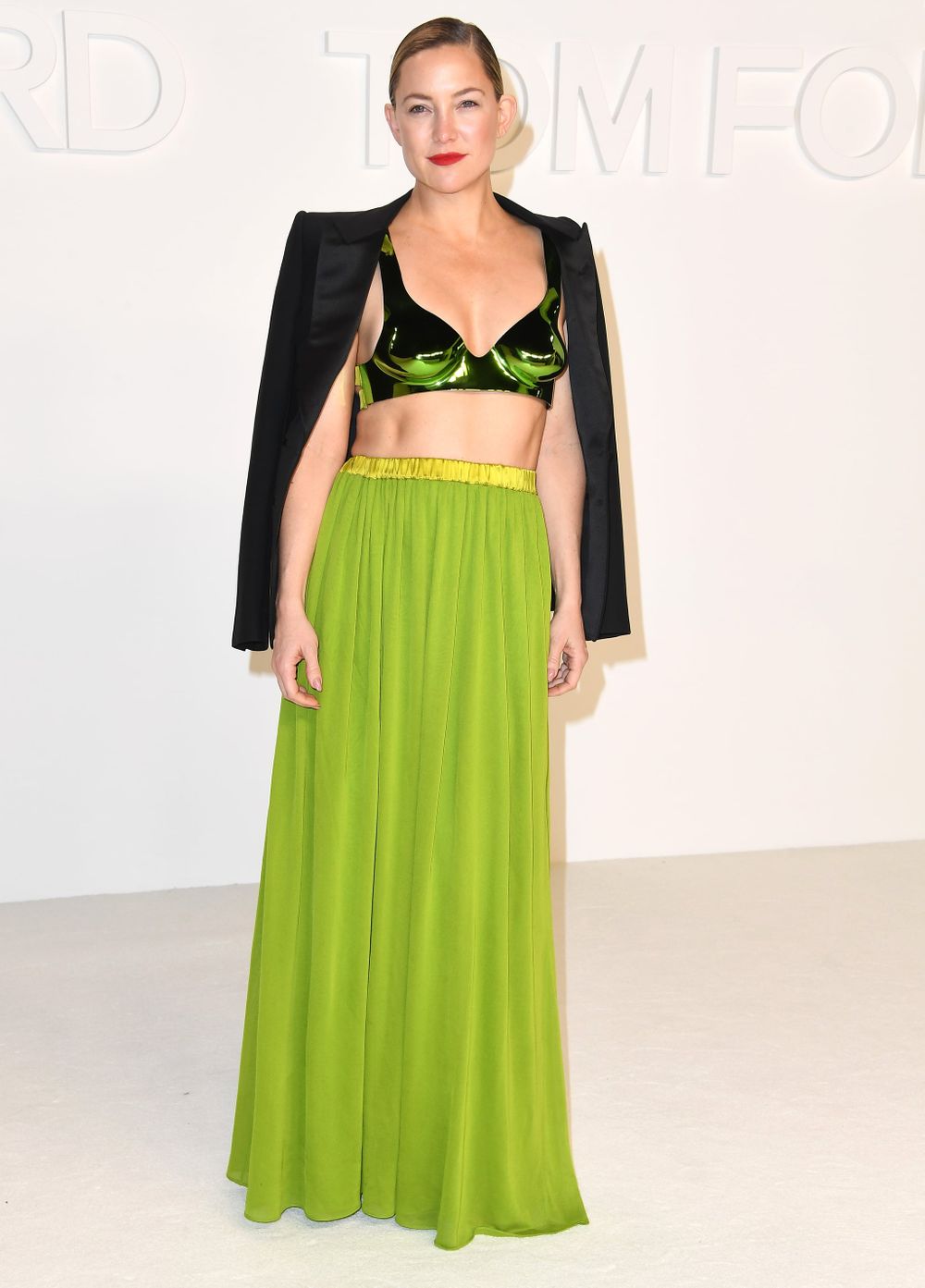 Kate wore something representing a metallic breastplate with a greens skirt. It was on the Tom Ford runway. A fashion show hosted in Los Angeles. She had on a tropical outfit resembling nature. Her breastplate, green in color, was reminiscent of a version of fuchsia by Tom Ford. The same arrangement was seen to be worn by Zendaya in January of this year in the Critic’s Choice Awards. 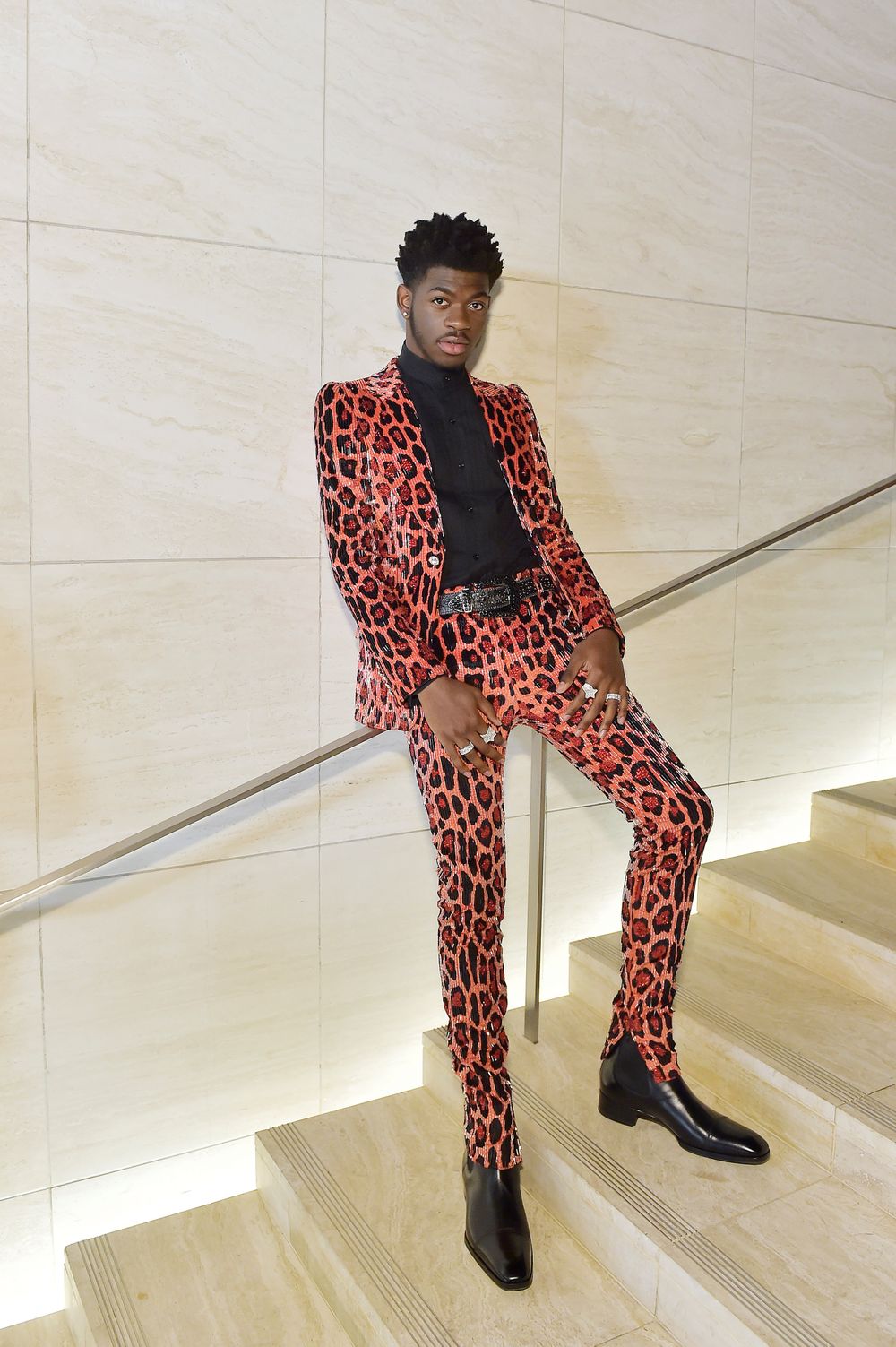 He visited the Tom Ford runway show in a bedazzled suit with animal-print, red-tinted. This singer’s case was reminiscent of a fuchsia outfit that he had worn previously in the Grammy Awards in 2020. 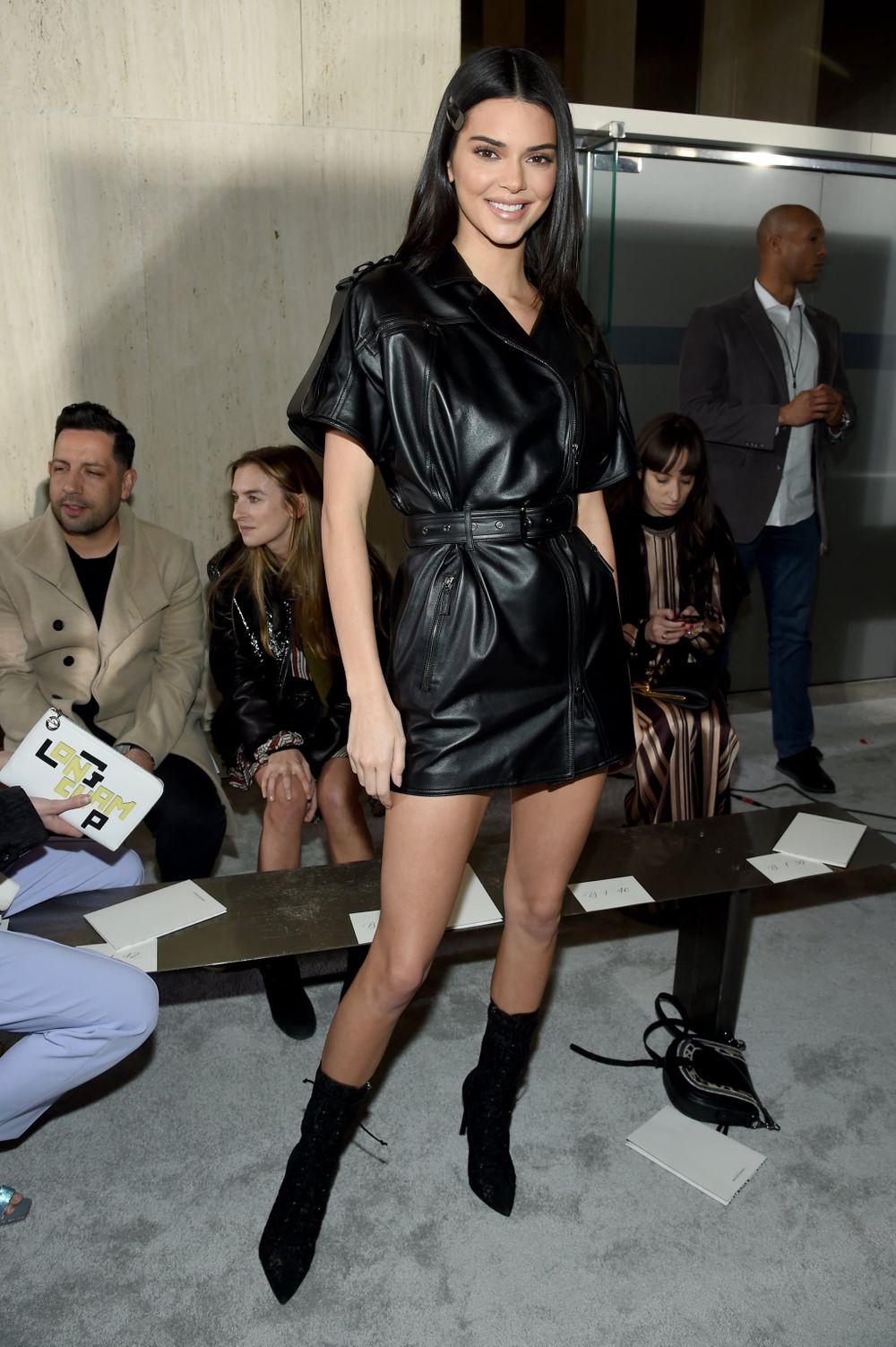 Kendall attended the Longchamp runway show wearing a designer’s fall outfit from the 2020 collection. She sat at the very front row while attending the Longchamp show. She had leather gaucho pants and a sweater that had some prints. 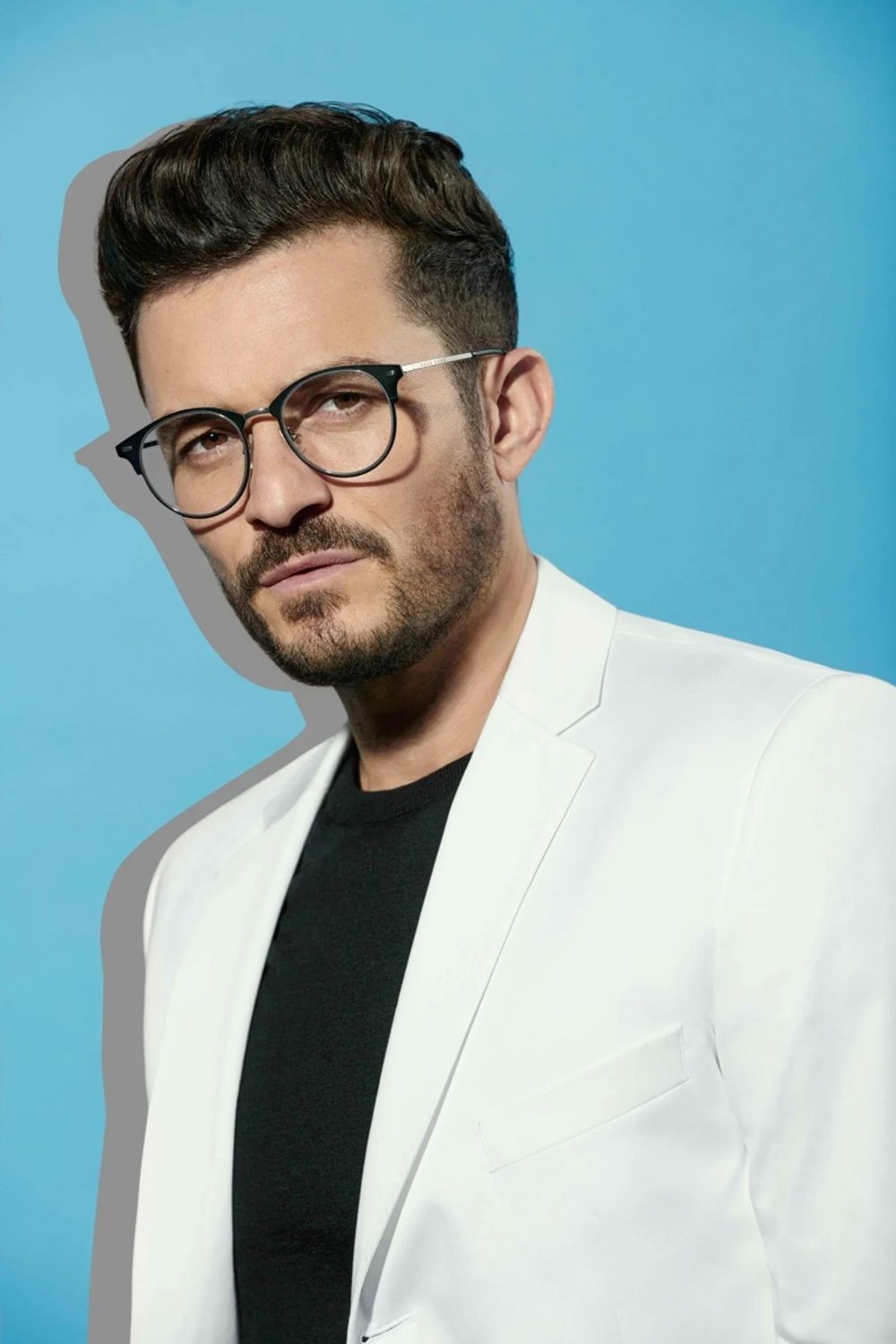 He popped out to be the new ambassador of BOSS eyewear. Orlando reunited with the German Fashion brand, becoming the face of its spring-summer 2020 campaign. He wore a simple black t-shirt, a white overcoat, and paired it with Eyewear from HUGO BOSS. 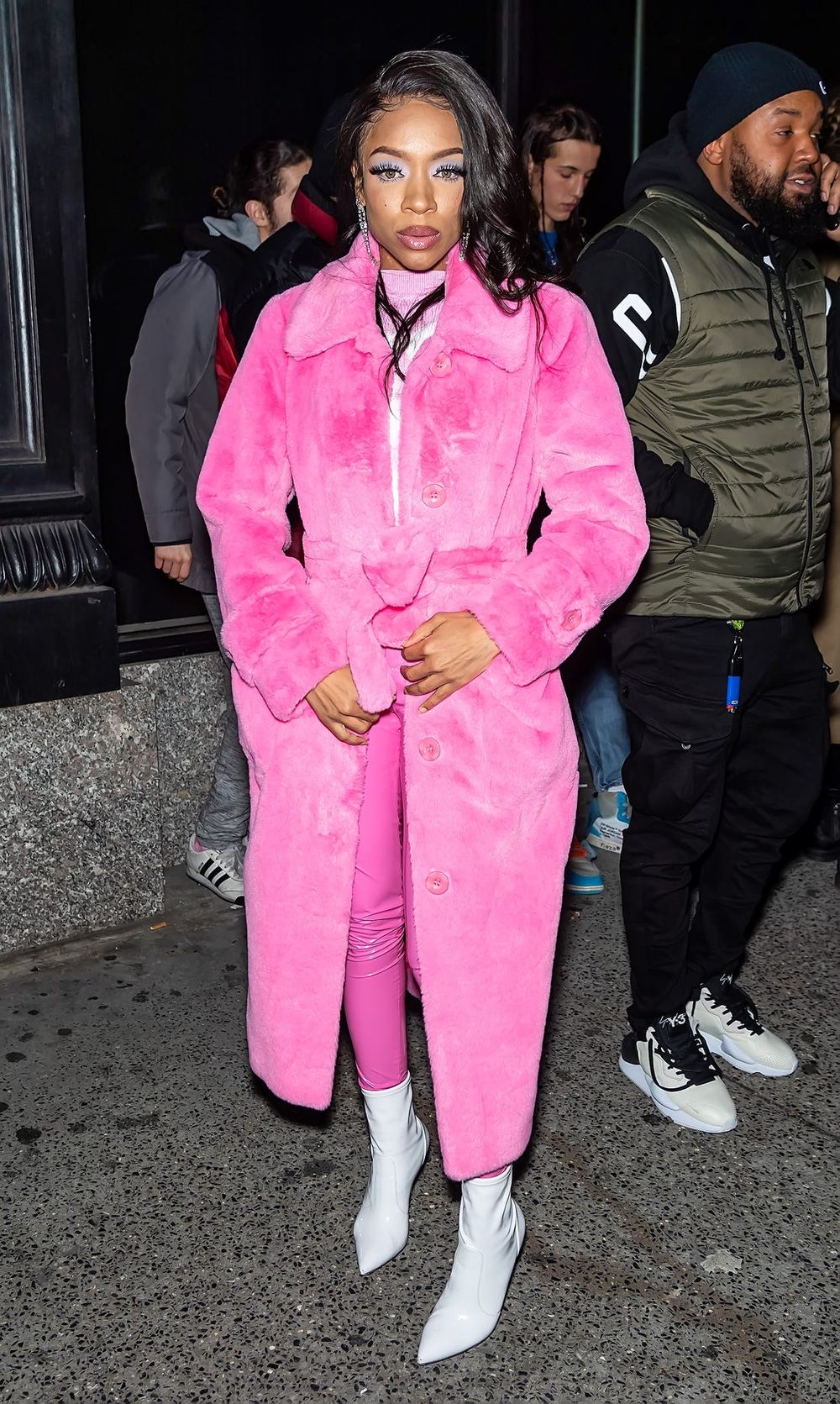 She came with a bubblegum-pink sweater on with botties that were flashy-white. Her monochromatic outfit is a homage to Jessica Simpson’s earlier look from February. Jessica’s original outfit had layers of fuchsia with a nod to Elle Woods. 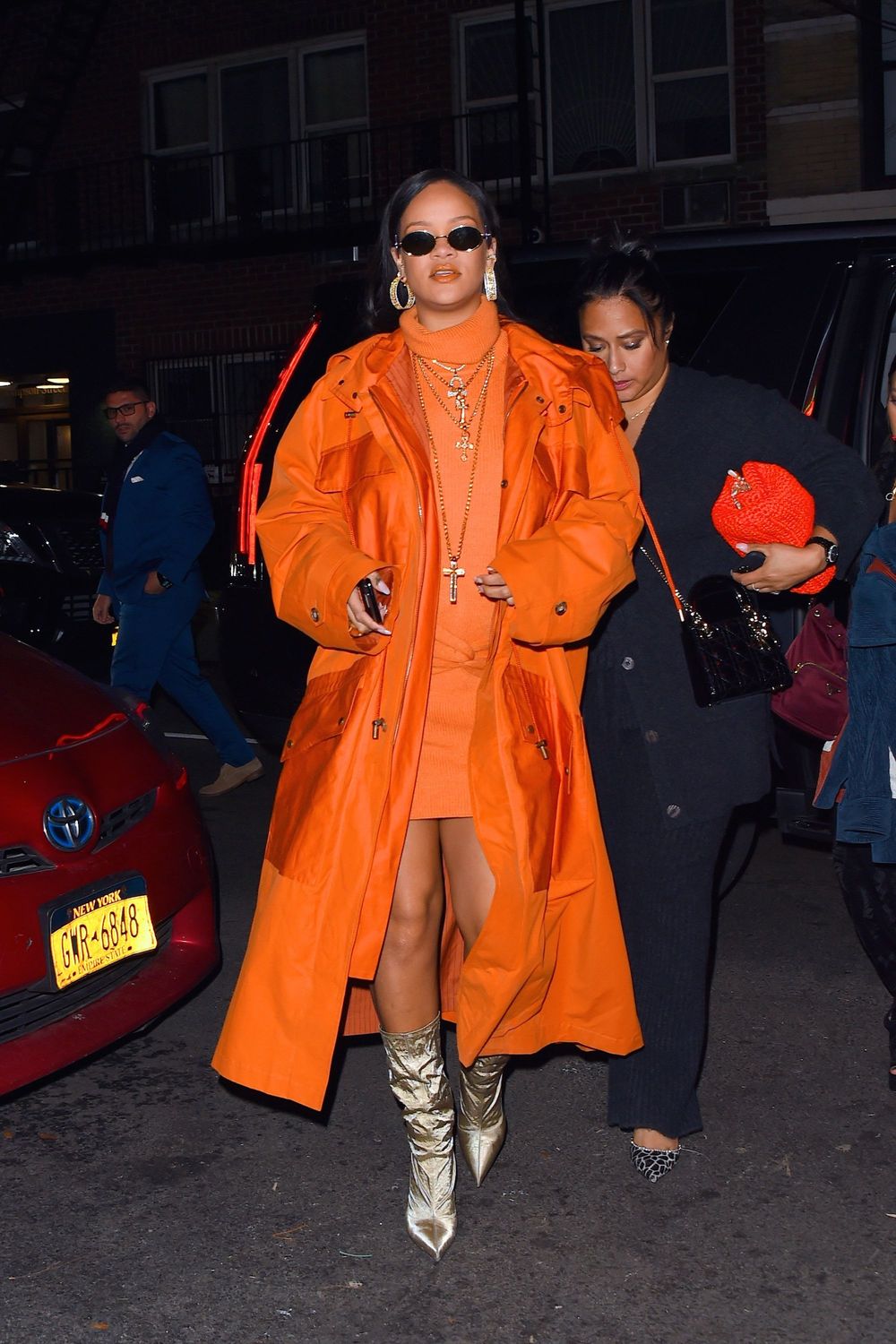 Rihanna went with a flashier look. She had a monochromatic trend going on for her, a full-on orange look. She went to celebrate the launch of a Fenty popup with a bold orange look from her fashion collection. A 1660$ neon coat paired with a 960$ sweater with 670$ boots with high heels. A fantastic combination of a bold 2020 look. 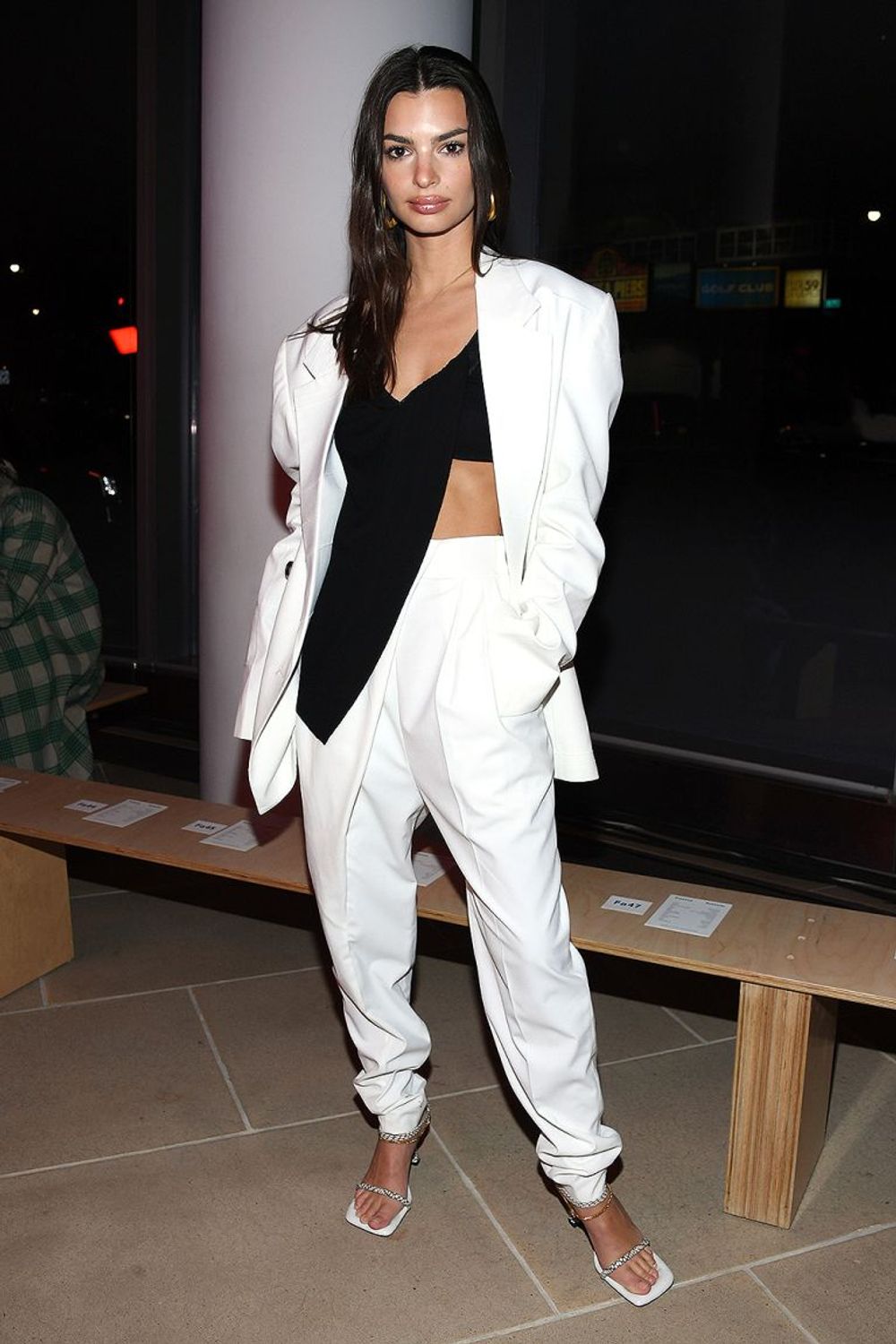 She had a bold asymmetric black top with an over top white pantsuit. She recently attended the Proenza Schouler runway having an oversized white blazer paired with loose-fitting pants and matching square heels (toed). 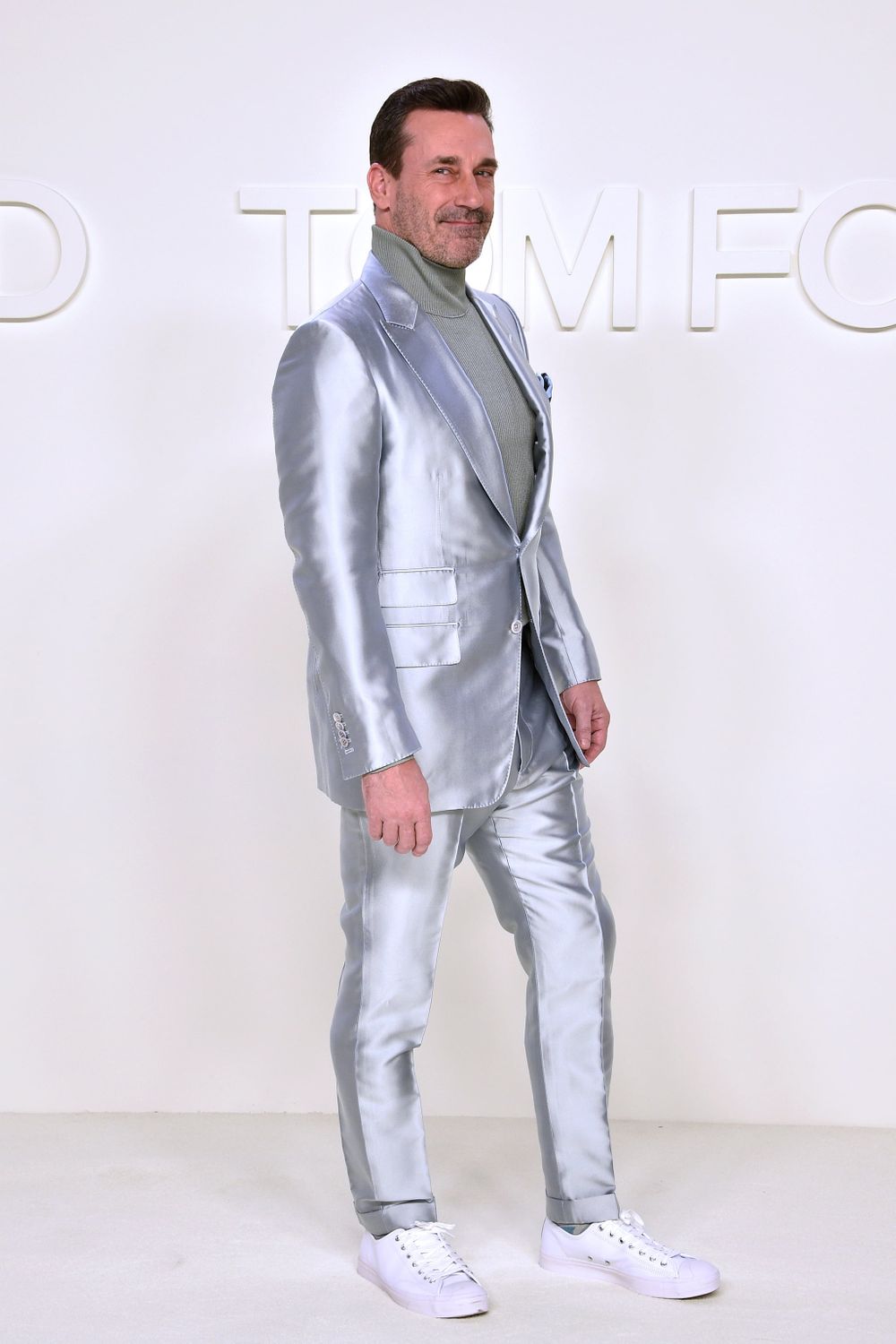 He had a futuristic look to offer. John Hamm from “Mad Men” took on the futuristic reflective suit with a turtleneck and white sneakers. He attended Tom Ford’s fashion presentation with a robotic look that was more reflective than anyone else. 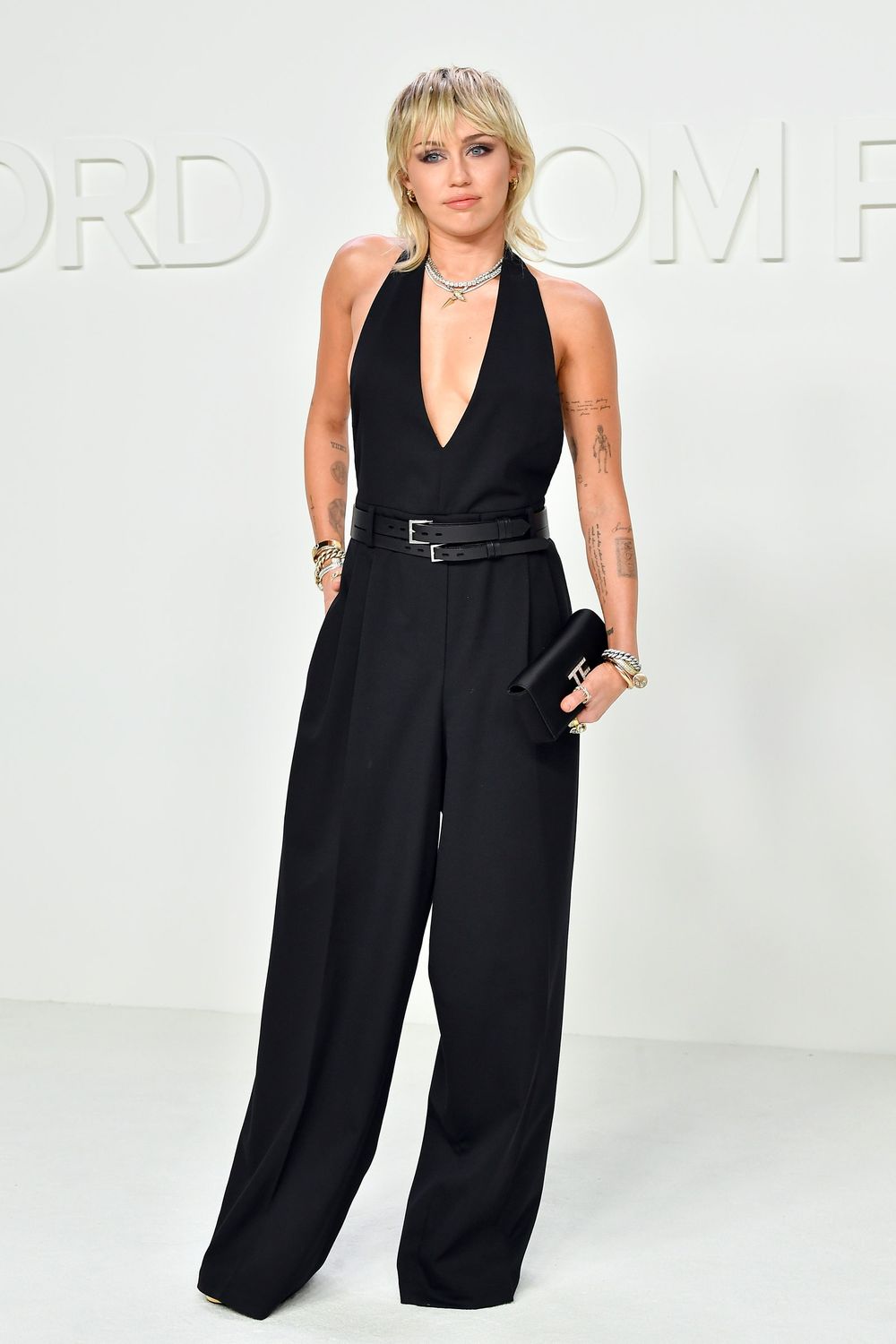 She took on a belted jumpsuit look at the fashion show of Tom Ford. She kept it pretty neat and simple in a wide-leg jumpsuit and double belt. The classic Miley look from the older days. A refreshing take than anything else. 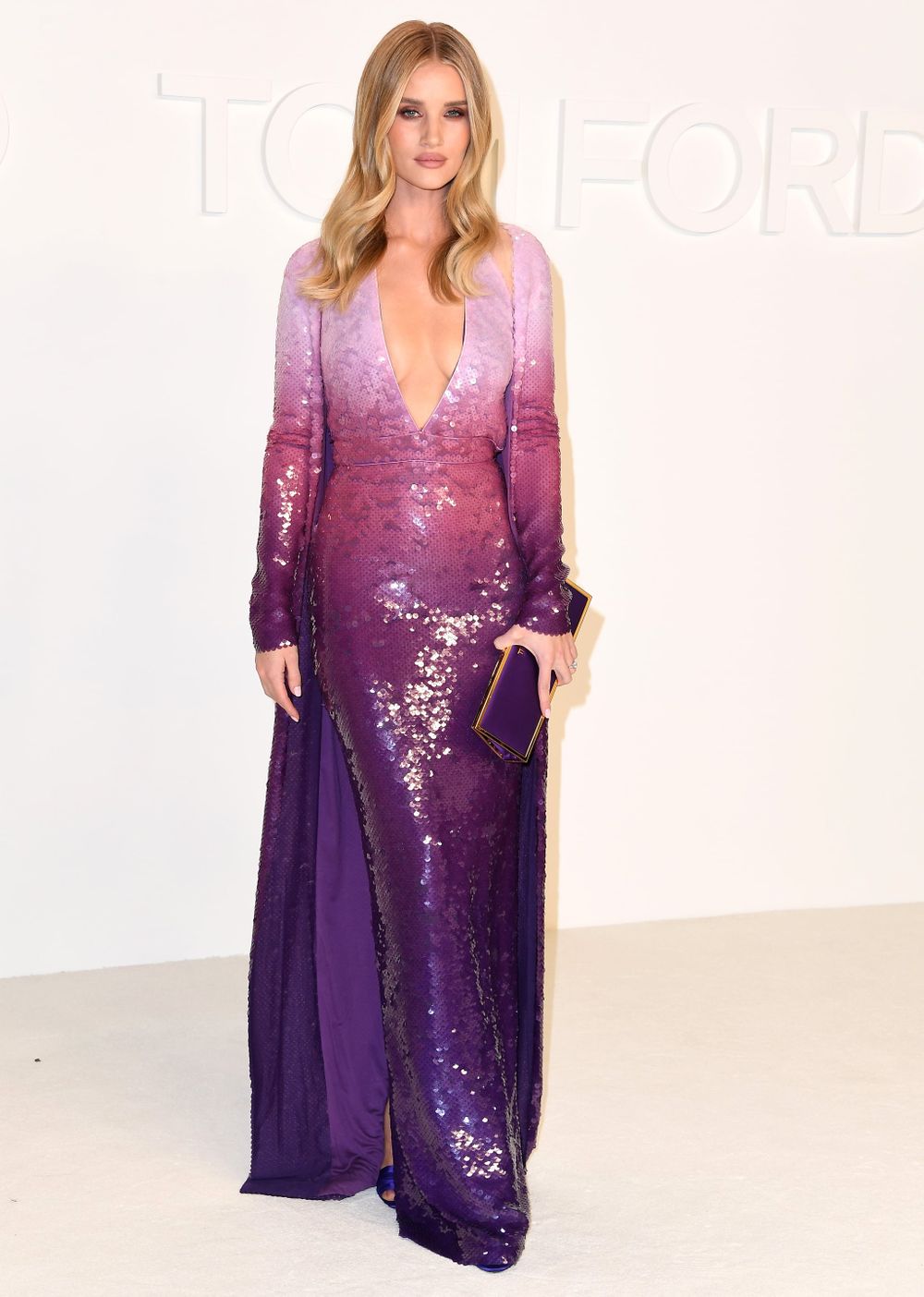 She attended the Tom Ford show with a gradient of purple sequins and pink fade. She also added a beautiful cape to the 8000$ deep V-neck sequined gown. All that paired with a purple clutch made her steal a lot of glances.

The celebrities this year went full-on with their outfit choice. Some of the outfits were bold. Others were there to make statements, and some were highly inspiring, and others were highly inspired. A good collection of fashion items was shown this year, paving the way for the upcoming year’s fashion trends.